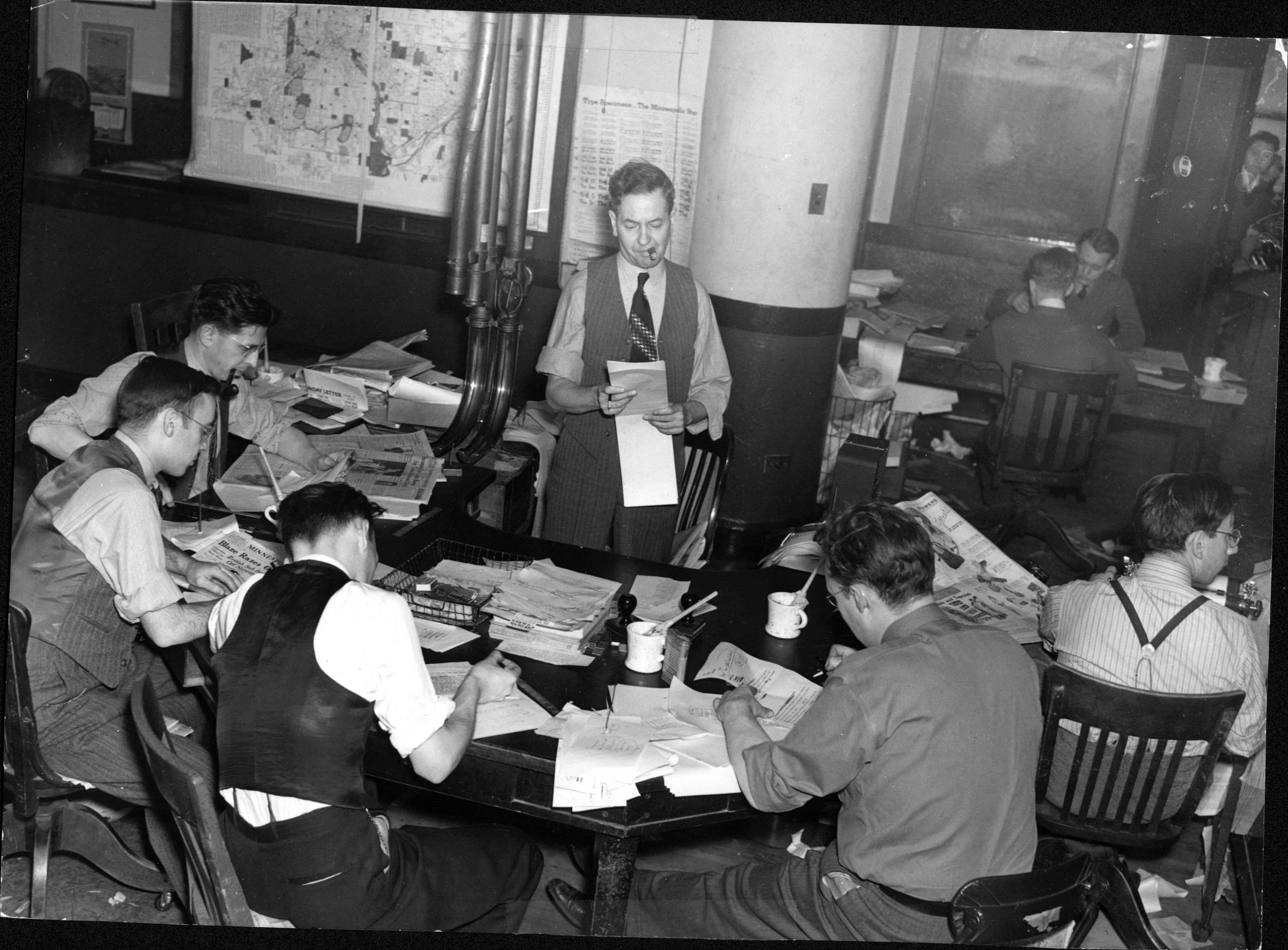 News that local businessman Glen Taylor would like to buy the Star Tribune has many Minnesotans breathing easier. Taylor has declared that he believes the newspaper to be an important community institution. And he thinks that local ownership is important to ensuring that the newspaper make the decisions and investments it needs to remain viable and vigorous as a media organization in the future.

This critical local institution has a storied history and a national significance. The Cowles family purchased the Star in 1935. The family used the former Non Partisan League newspaper as the base for a national media empire that had grown to 26 magazines and several television stations by 1998, when the Star Tribune was sold to the McClatchy Company for a record-breaking 1.2 billion dollars. According to the city planning department, which recently studied the architectural significance of the Star Tribune building in light of plans for its demolition for a new stadium, the Cowles family ” revolutionized how Minneapolitans produced and viewed print media. They believed in impartiality, limiting opinions to the editorial page, and presenting diverse views. They also printed reader’s opposing views and they prominently corrected errors. As commonplace as it seems today, these innovations were revolutionary for Minneapolis at that time. News in the 1920s was regularly partisan and frequently scandalous.”

The report continues: “Through newspaper consolidation, journalistic ethics, and sound business practices the Cowles family reversed this disturbing trend in an extremely rapid manner, consolidating Minneapolis’ three largest newspapers in less than six years. Their leadership was recognized nationally. Between 1939 and 1968, Star (as the Journal was then known after its merger) and Tribune employees won 1,500 awards, to include four Pulitzer prizes, under the new leadership of the Cowles family. Time magazine even named the Tribune one of the nation’s top ten daily newspapers in 1964.”

This photo shows the old copy desk of the Star and Tribune. The date on the back reads 1949, though I would guess that it actually was taken earlier. In 1949, the Cowles family did a major expansion and renovation of the building on Portland Avenue. I’m wondering whether this photo was published at that time, to show how far the newspaper had come since the more primitive days of the 1930s. Or maybe it’s just that print journalists are usually delayed a decade, fashion-wise.

Photo is from the newspaper morgue files at Hennepin County Special Collections. It was located and digitized by Rita Yeada, fantastic citizen-researcher for Historyapolis. Report is from the Heritage Preservation Commission, city of Minneapolis.