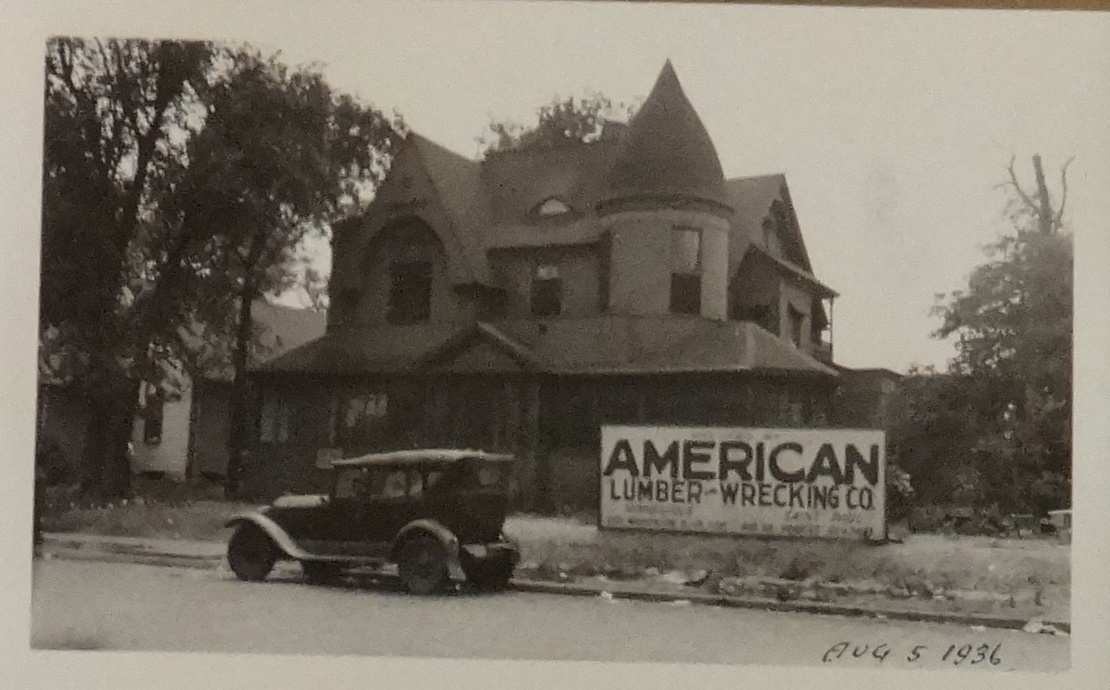 Yesterday I wrote about the lost neighborhood of Oak Lake Park and the unexplored terrain of the Minneapolis City Archives. In my first foray into the city’s attic, as I have come to think of it, I discovered a thick scrapbook of photos collection by an employee in the city planning department. It contains snapshots from all the redevelopment projects undertaken in the 1930s, when the city launched what would stretch into a three decade campaign to eliminate “blight” from the community. The Near North Side–Oak Lake Park and the area that would become Sumner Field Homes– was the first target of this effort. The most racially mixed corner of the city at the time, this area of once-spectacular Victorian homes had deteriorated into what observers of the time viewed as an intolerable slum. 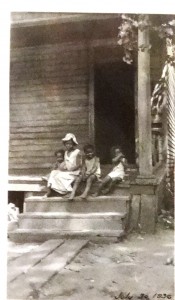 The corner of Sixth and Lyndale evolved from a Jewish commercial district at the beginning of the twentieth century to a commercial center for new African American migrants to the city by the 1920s. By the time Gordon Parks was playing the piano along the Avenue, this neighborhood was a rough area, known for its tippling houses, pool halls, brothels, poor sanitation services and crime.  It’s been described in vivid terms by Parks, journalist Harrison Salisbury, activist Nelson Peery and social investigators who were horrified by the vice and filth they encountered. But it was the subject of little photography. Which is what makes this set of photographs invaluable. Right before the bulldozers moved in, this city employee documented Oak Lake Park in its twilight moments and then collected the images into a brag book that contains hundreds of black-and-white snapshots.