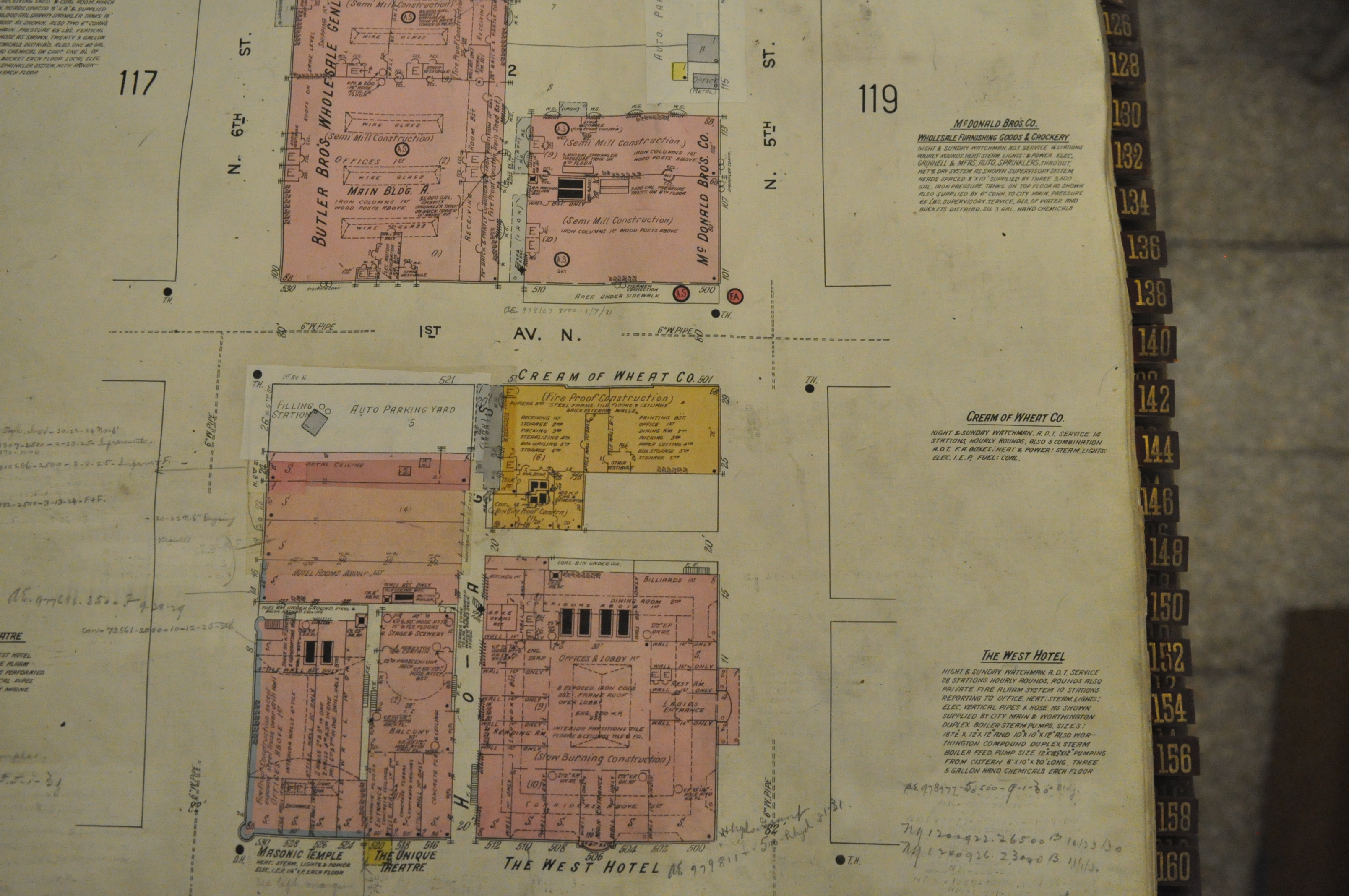 It’s map Monday. Today we’re featuring another item from the Minneapolis City Archives, the hidden historical repository housed in the narrow tower at City Hall. Historyapolis is working to illuminate the importance of this archive’s holdings, which are known only to a handful of the most dedicated and knowledgeable researchers in the city.

This photograph shows a plate from the city’s 1912 Sanborn Maps. A thick volume of highly-detailed maps, Sanborn diagrams depict American cities in incredible detail. Created after the Civil War to help the insurance industry assess the fire risk for particular properties, Sanborn Maps are prized by a range of researchers today. They are a favorite documentary source for historians, genealogists, and planners, who use the maps to understand the evolution of the urban environment. Re-issued at regular intervals, Sanborn Maps provide fine-grained snapshots of American towns and cities at different moments in time.

This plate–which was photographed by Historyapolis volunteer Lisa Lynch–shows the intersection of First Avenue North and North 5th Street as it appeared in 1912. It has the trademark Sanborn color-coding, which indicates the building construction of the Cream of Wheat building and the West Hotel, two of the notable properties on this block. Additional annotations indicate property boundaries, building use, sprinkler systems and the employ of night watch men.

The Sanborn Map company has digitized its historic maps, which are available for use in a subscription database through the Hennepin County Library and the Minnesota Historical Society. But the digital versions do not include the color-coding that conveyed so much information. The set in the City Archives –which retains its original coloring and is absent of later annotation–is thus an invaluable historical source. Plus it’s just plain pretty, don’t you think?