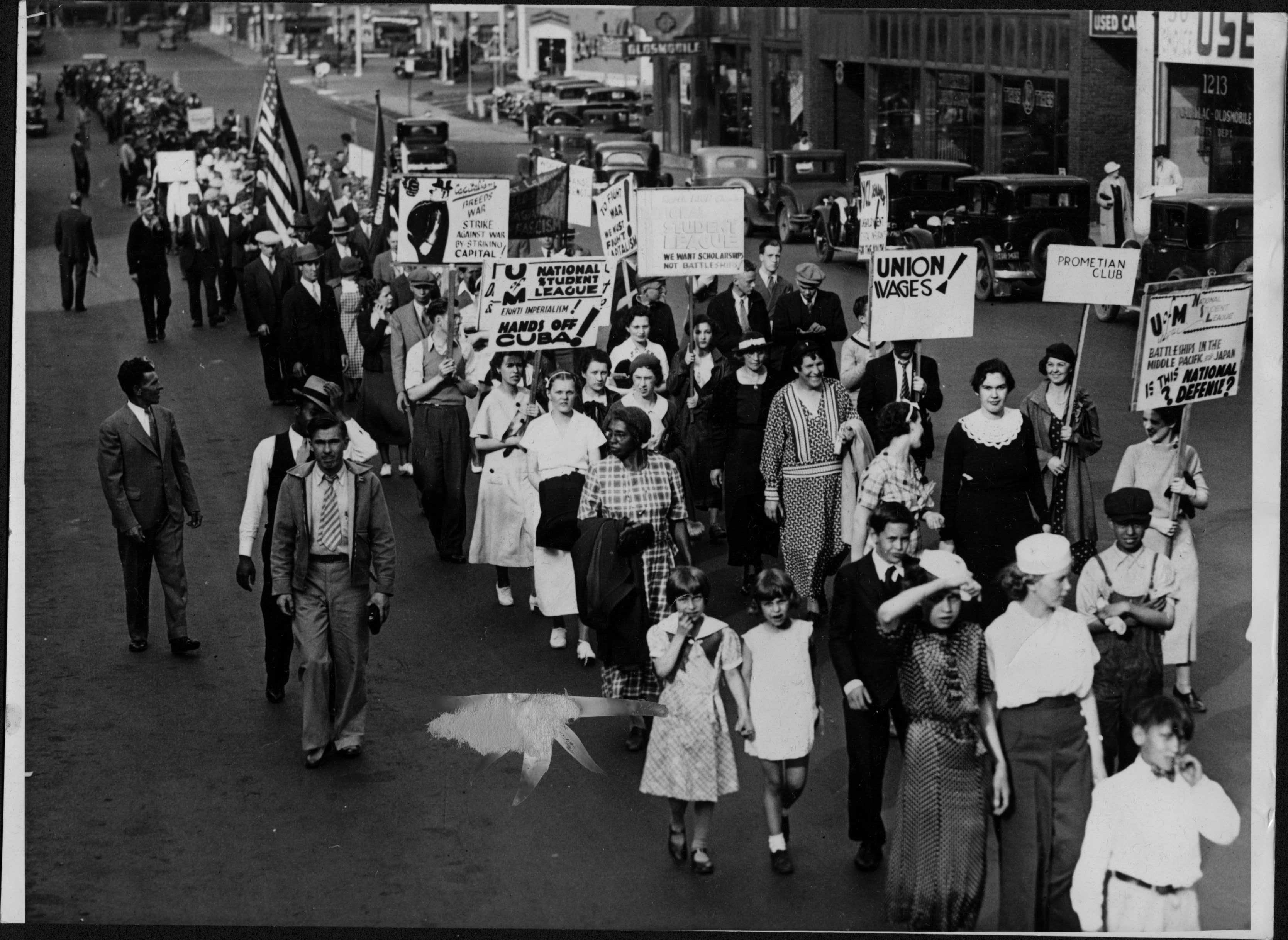 Memorial Day Parade, 1935. The Minneapolis Times reported that “University Coeds, housewives, war veterans, ‘young workers’ and children” were organized by the Hennepin County Youth Congress to march against “war and fascism” on May 31st, 1935. This photo from the uncatalogued morgue newspaper files at the Hennepin County Special Collections shows their parade downtown.

This photo illuminates the moment in Minneapolis when support for radical politics was probably at its apex. One year after the the Teamsters’ victory against the repressive Citizens’ Alliance, when the city and the nation were still mired in the economic disaster of the Great Depression.

Memorial Day was not the traditional day for radical-inspired parades. But with the world economy still in free fall and millions of Americans still unemployed, many Minneapolitans were restive and eager to show their support for alternative forms of social organization. The city was known as a stronghold for radical political activism in these years, especially its Trotskyites, known nationally for their leadership of the city’s Teamsters’ Union. When a reporter from Fortune Magazine visited the city in 1936, he concluded that “the Revolution may come from the Minneapolis Gateway District.”

Thanks to citizen-researcher Rita Yeada, who identified and digitized this photo.