On August 21, 1970, Hundred Flowers, a radical newspaper from the Cedar-Riverside neighborhood, devoted an entire issue to the burgeoning gay rights movement. “1969 was the year of the New Homosexual,” the paper proclaimed. “New groups, projecting a militant, determined and activist viewpoint arose. The gay person became visible and vocal on a wide scale for the first time. We need your support. Join us in the Freaking Fag Revolution!”

What follows is a mapping of the sites where gays could,according the the paper, “reasonably expect to meet others of the same orientation.” All text, locations, and names are taken directly from Hundred Flowers.

Click on the image below to bring up the map series. You can navigate between the different maps by clicking on the bullet points. 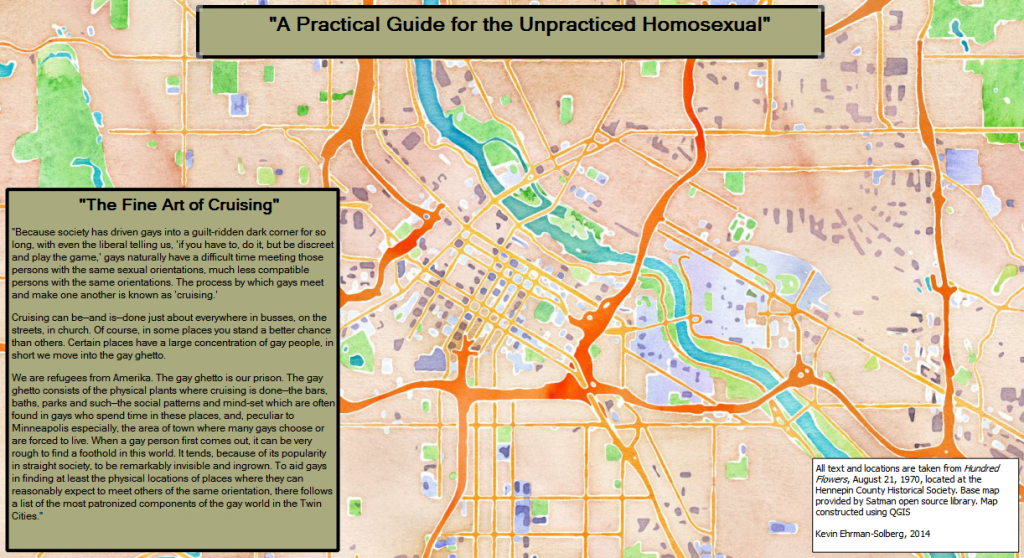