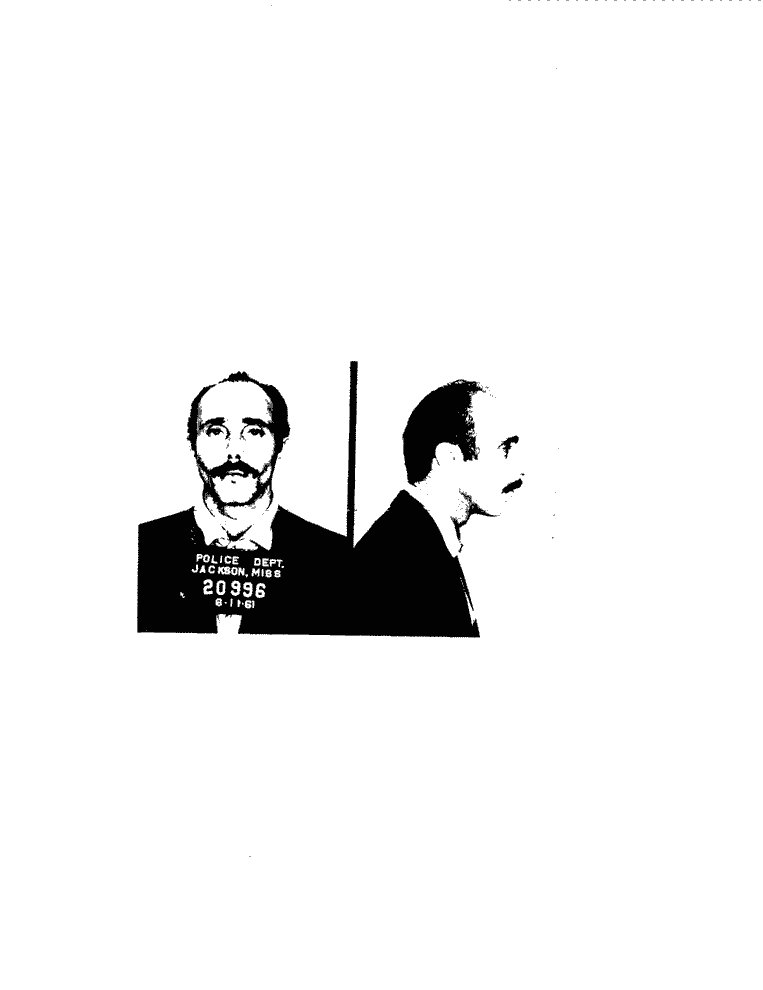 The civil rights movement fundamentally reshaped life in Minneapolis. By the 1950s, the city had cultivated a national image as a paragon of racial liberalism. Perhaps because of this image many Minneapolitans saw the civil rights movement as something that was going on somewhere else. They believed that Jim Crow was limited to the South and they were keen to support the freedom movement taking shape there.

For many Minnesota activists, however, participation in the Southern freedom struggle changed the way they viewed life back home, spawning decades of activism that would later change the face of this city.In 1961, a local group associated with the University of Minnesota organized to support the Freedom Rides, a protest organized by the Congress of Racial Equality (CORE) to challenge the segregation of interstate travel.Between May and November, 1961, the Freedom Riders used non-violent action to illuminate the brutality of Jim Crow laws. The protesters were trying to force action from the federal government, which had chosen to ignore discriminatory practices in the South, despite two Supreme Court decisions that ruled these laws to be unconstitutional. The Riders faced death threats, angry mobs, bombs, beatings and imprisonment when they announced their intention to travel in mixed-race groups on buses through the South.More than 400 riders from 40 states ultimately participated in this protest, which attracted six people from Minnesota in June, 1961.

Local activist Marv Davidov decided to join this small group after Students for Integration raised money to sponsor 12 riders and asked for volunteers from the community. The riders from Minnesota knew they were risking their lives as other demonstrators had been savagely attacked and even killed. For Davidov, the Freedom Rides provided an opportunity to demonstrate his core principles. The night before his departure he steadied himself with the mantra: “What do I believe? Am I ‘anti-racist’? Prove it.’

Only a couple of days after he left Minnesota, Davidov and the rest of his group were arrested in Jackson, Mississippi and eventually sent to that state’s notorious Parchman State Penitentiary. Prison officials were closely watched by civil rights activists and the federal government. Yet protesters still endured harsh conditions during their almost two months in prison. 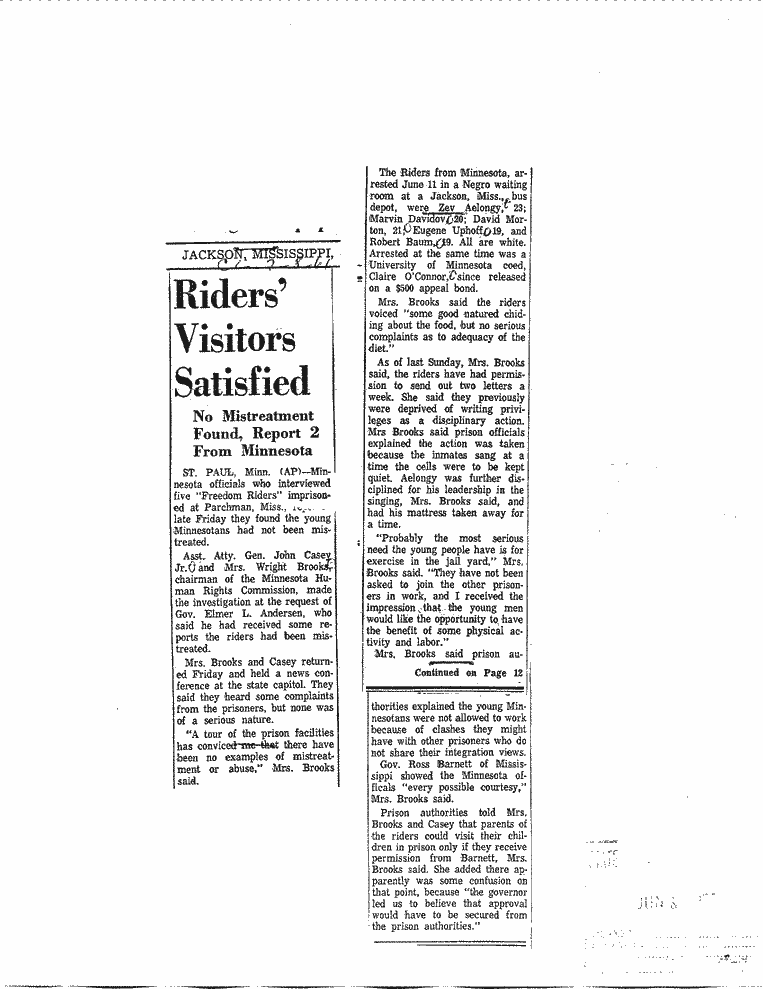 When Davidov returned to Minneapolis at the end of the summer, he was a hero to the crowds that met him at the airport and attended a press conference he held with mayor Arthur Naftalin. Davidov used his experience to build support for the national civil rights struggle, speaking to groups across the state in search of funds and solidarity for the movement. This experience launched Davidov’s career as an activist. He was best known for his later work with the Honeywell Project, which protested the South Minneapolis manufacture of weapons that were used in the Vietnam War.

Here we have a newspaper clipping from Davidov’s imprisonment in Mississippi. And his mug shot, taken by Jackson police, who charged him with “breach of peace.” Both are from the (now digital) files of the Mississippi Sovereignty Committee, which was charged with tracking “racial agitators” in the state during the 1960s.

One thought on “Minneapolis and the Freedom Rides”