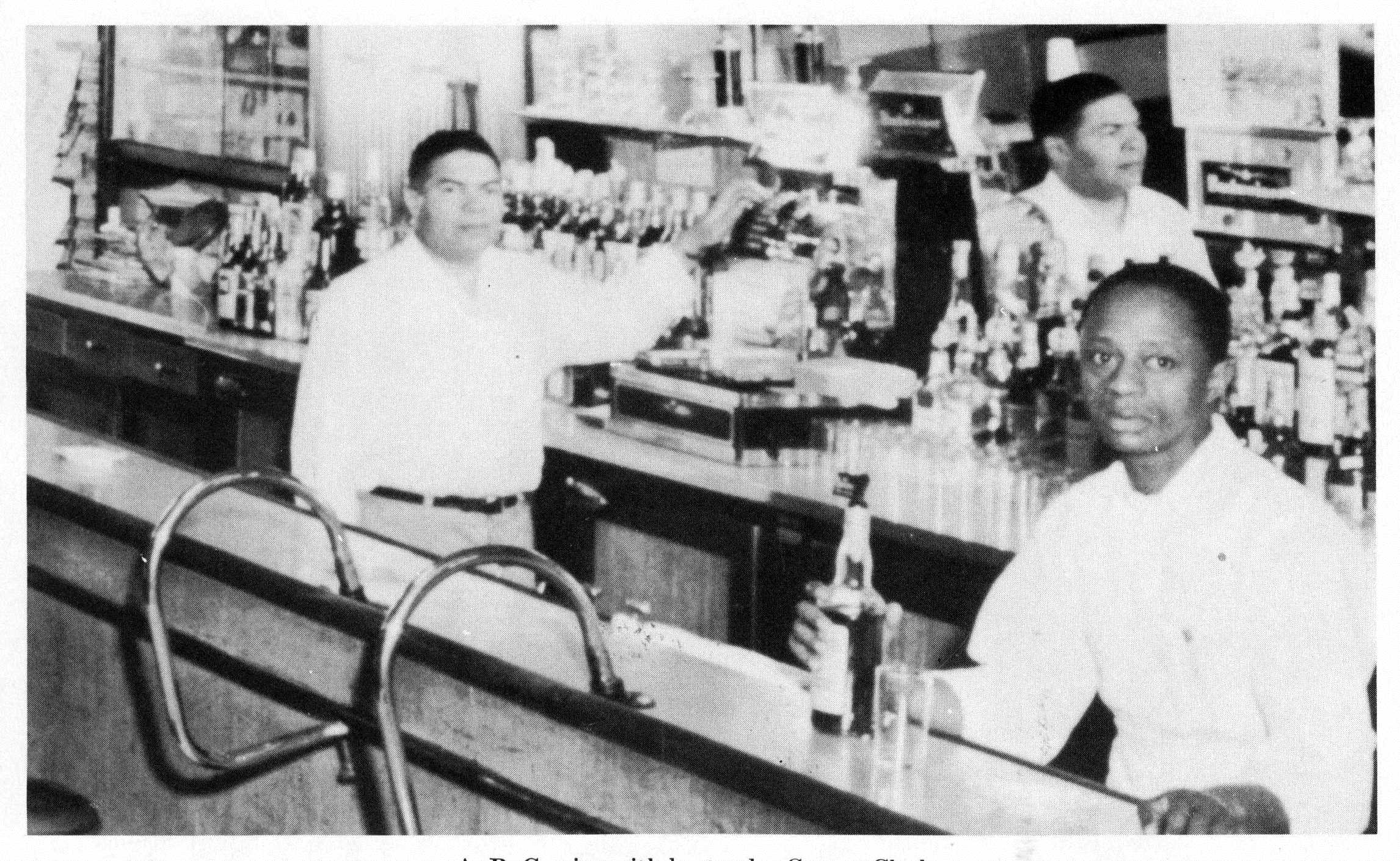 Minneapolitans love to imagine that their community was never fettered by Jim Crow restrictions. Longtime civil rights leader Anthony Brutus Cassius liked to complicate this idyllic vision. In the 1970s, when Minneapolis enjoyed national renown as a model metropolis, he would tell newcomers that the city was Janus-faced about its racial prejudices: “Don’t be fooled by appearances.” And later–in an oral history conducted right before his death–he was blunter. “There were great restrictions placed on blacks,” he declared.

February is Black History Month. Each year it prompts us to remember how African Americans have shaped our community. Our cityscape provides some reminders of past giants. Labor activist and politician Nellie Stone Johnson has a school in North Minneapolis that bears her name. A short street parallel to the Midtown Greenway testifies to the legacy of newspaper editor and civil rights crusader Cecil Newman. The home of Lena Olive Smith–NAACP president and civil rights attorney–has been placed on the National Register of Historic Places.  But there is nothing in the urban landscape to commemorate A. B. Cassius, who labored for sixty years to build interracial community and improve the lives of African Americans.

Born in 1907 into a family of 18 children, Cassius fled racial violence in Oklahoma at age 13. Landing in St. Paul–where he slept in the basement of a hotel where he worked as a janitor–he enrolled at Mechanics Arts High School and excelled at both academics and football.  This impressive record barely pried open the doors of higher education. The only school that offered him a partial scholarship was the divinity school at Macalester College. Cassius lasted two years before deciding the ministry was not for him.

Cassius left college in 1929 on the cusp of the stock market crash. He found one of the only jobs open to African Americans and moved across the Mississippi River to become a waiter at the Curtis Hotel, which had an all-black staff that served an all-white management and clientele. Waiters at the Curtis made only $17 per month while their white counterparts brought home $75. Cassius addressed this injustice by throwing himself into the labor movement, organizing a waiters’ union. The union negotiated higher wages and eventually brought a lawsuit against the hotel, winning back pay for its members.

Cassius paired labor organizing with a passion for civil rights. To organize protests against the 1930 re-release of The Birth of the Nation, the film lionizing the Ku Klux Klan, he joined a group that called itself the Minnesota Club. This was an elite cadre of Minneapolitans that included Lena Olive Smith (the first African-American woman to become a lawyer in Minnesota); a prominent local physician named Dr. William Brown; journalist Herbert Howell and another man named  Clifford Rucker. “We met once a month in Fosters Sweet Shop” which was located at Sixth and Lyndale on the city’s north side, Cassius remembered in 1982. “We met in the back and all they wanted us to do if we met there was to buy a dish of ice cream.”

It might have been these sessions at Foster’s Sweet Shop–where activists could trade the price of a bowl of ice cream for a space to strategize for civil rights–that taught Cassius the importance of social entrepreneurship. In 1937, he went into business for himself, establishing the Dreamland Cafe at 38th Street and 4th Avenue, the heart of the African-American community on the south side. The Cafe quickly became known as a nice restaurant that welcomed African Americans at a time when the fancy restaurants downtown were off limits to anyone who was not white. It became a favorite stop for celebrities like Lena Horne, who stayed with African American families in the neighborhood during their visits since, as Cassius recalled: “a Negro couldn’t  stay in a downtown Minneapolis hotel.”

But the Dreamland was more than just a place to eat dinner. “The Dreamland,” neighborhood activist Nelson Peery remembered, “was our only social center.” A rare public space that welcomed people of all races at a time when the city was rigidly segregated, it laid the foundation for social change. Cassius “always conducted himself as if he were responsible to and for the people in our neighborhood,” Peery recalled in his autobiography. “Concerned about the Negro people, always contributing to some cause, Mr. Cassius was the first ‘race man’ I met.” Cassius’ establishment welcomed young talkers and dreamers like Peery, who would spend his life working for social justice and civil rights.

Emboldened by his success with Dreamland, Cassius sought to open a full bar downtown in 1946. His application for a liquor license was turned down after he was told that African Americans could only operate “barbecues, shoeshine parlors and barbershops.” It wasn’t until 1949–after a protracted fight over licensing and financing–that the Cassius Club Cafe opened on 3rd street.

Cassius remained a strong supporter of the labor movement and the civil rights movement, using his business success to give back to the community. He funded college scholarships and championed jobs programs. In 1980, Cassius retired and shuttered his bar; he declared his intention to finish his college degree. He died three years later and the building that housed his bar– located at 318 S. 3rd street–burned down in 1991.

Photo shows Cassius at his downtown bar, sometime in the 1950s. Thanks to the Special Collections Department of Hennepin County Library (especially librarian Bailey Diers) for providing this image.