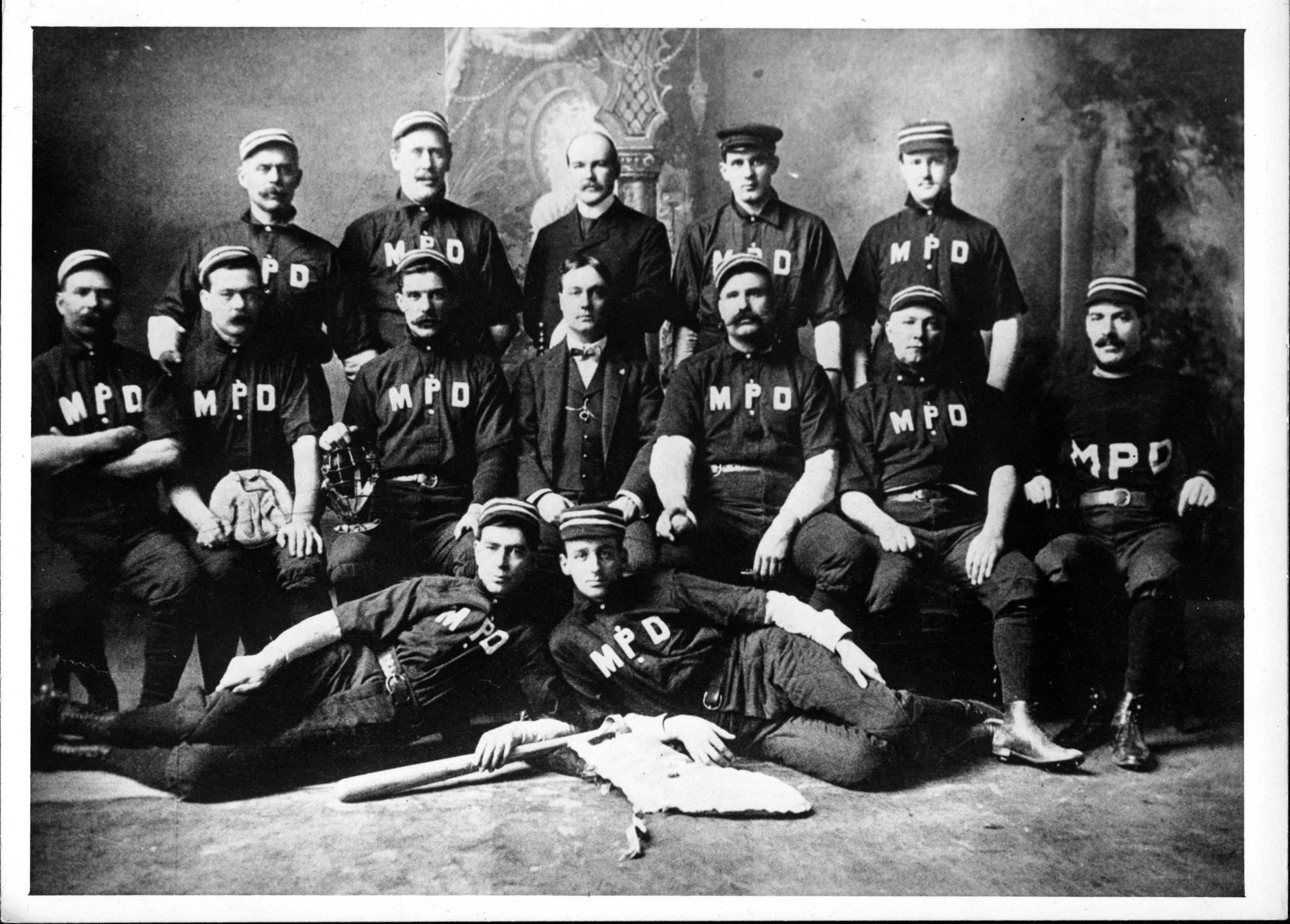 Take me out to the ballpark. This photo–taken in 1900– shows the Minneapolis Police Department baseball team. It’s charming until you know a little more about when and why it was taken.

This portrait was created right before “Doc” Ames won his fourth term as mayor of Minneapolis in 1900. His re-election had enormous implications for the police force, which became central to his plans to remake the city’s municipal administration into a machine for graft. Ames appointed his brother, Fred W. Ames, as chief of police. And Fred invited Norman W. King, a professional gambler, to help him administer law enforcement in Minneapolis. The men immediately fired 107 of the 225 members of the force. The remainder were vetted for their dependability. Under Ames direction they would no longer be combating criminals. Their job would be to supervise the criminal enterprise of the city and ensure that everyone in the Ames administration receive a portion of the profits from gambling, saloons, blind pigs, swindling and prostitution.

King was instructed to “invite to Minneapolis thieves, confidence men, pickpockets and gamblers, and release some that were in the local jail,” according to muckracking journalist Lincoln Steffens, who later described this scheme for McClure’s Magazine as part of his Shame of the Cities series. These criminals “were to be organized into groups, according to their profession, and detectives were assigned to assist and direct them.”

“Some two hundred slot machines were installed in various parts of the town,” Steffens reported. “Auction frauds were instituted. Opium joints and unlicensed saloons, called ‘blind pigs,’ were protected.” And the new police bosses even used the police baseball team–pictured above–to make money. “Tickets were sold to people who had to buy them,” according to Steffens, along with “illustrated biographies of the city officials.”

Doc Ames was indicted by a grand jury and reformers swept into city hall. But both the city and the police department struggled to shed the stigma of the “Shame” article. For the next four decades, Minneapolis was known for its municipal corruption and tolerance for gangsterism.