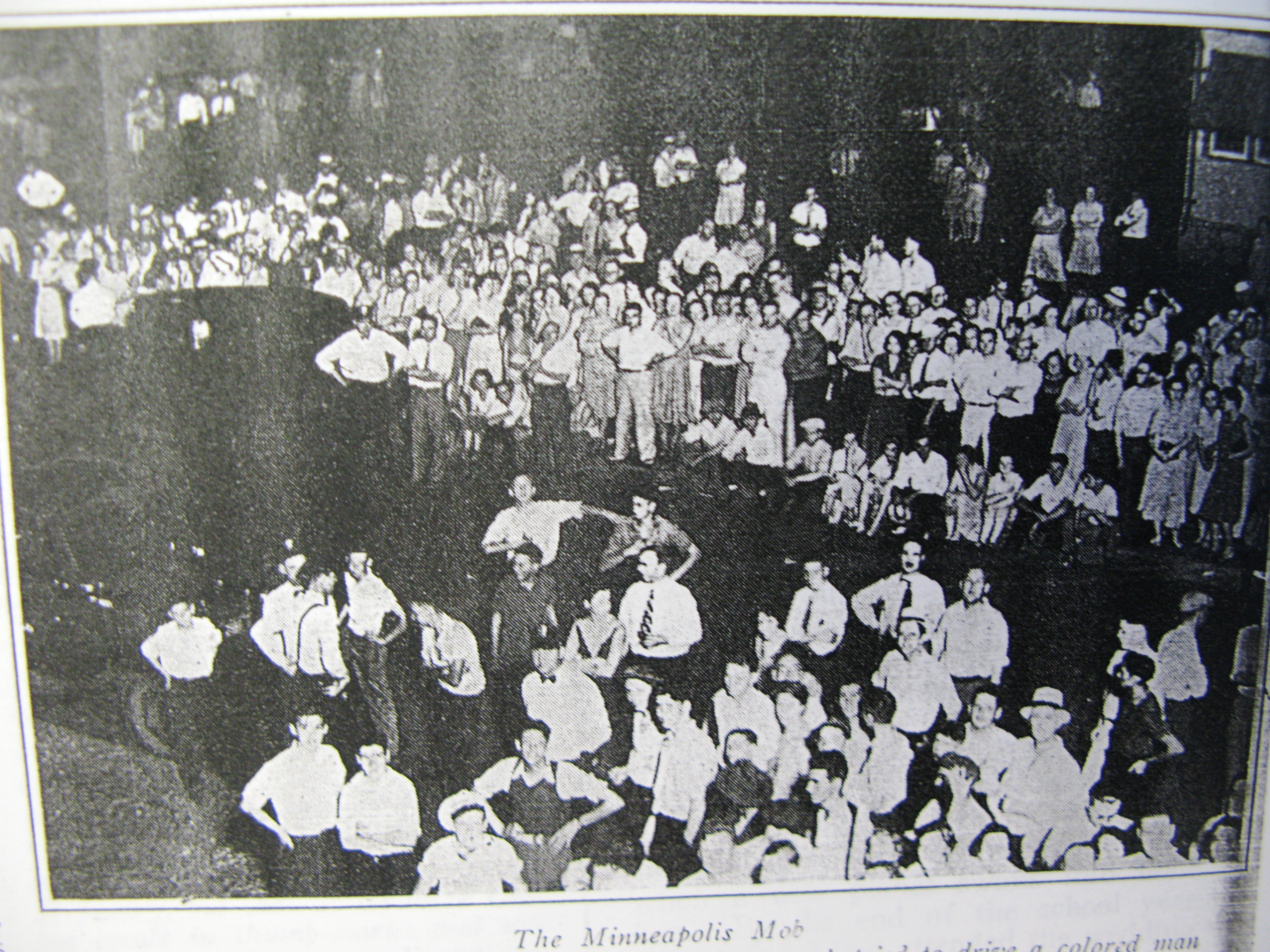 Today’s guest blogger is JaneAnne Murray, a Minneapolis-based solo criminal defense lawyer and Practitioner in Residence at the University of Minnesota Law School, where she teaches classes in criminal law and procedure.  In this post she describes the life and legacy of Lena Olive Smith, an African American lawyer and one of the earliest leaders of the NAACP in Minneapolis.

There are strikingly modern echoes in the life and times of Minneapolis lawyer and activist, Lena Olive Smith (1885-1966).  She herself cut a distinctly contemporary figure, and not just because of her masculine suits and ties. At age 21, she became the family breadwinner, evolving into a self-made career woman at a time when that ambition was shocking. She was an early devotee of reinventing oneself, trying out a motley series of professions (cosmetologist, hair-dresser, embalmer, realtor) until she alighted serendipitously on the law in her 30s.  She broke ceilings most people did not even contemplate– graduating from law school in 1921 with a handful of other women, and becoming the first African-American woman lawyer to be licensed in Minnesota.  She was one of the original public interest lawyers – taking on (often pro bono) the claims of tenants, modest homeowners, struggling professionals, and criminal defendants, always with an eye to the broader and constitutional dimensions of their cases.  And, in part due to her advocacy at the personal level, she became a community organizer and leader, operating with the savvy of one of today’s political strategists who understands that power is seized and wielded in diverse ways.

This fiercely independent woman found her calling in the nascent civil rights movement.  In a highly readable article about Smith’s life and career, William Mitchell law professor Ann Juergens describes several of the major cases Smith handled during her tenure in leadership positions of the Minneapolis branch of the NAACP, including a ten-year stint as its president from 1930 to 1939.  In her most famous case, Smith represented Arthur and Edith Lee, a black couple facing a white mob protesting their purchase of a home in a white neighborhood. This photo–published in the NAACP publication The Crisis–shows the scene outside 4600 Columbus Avenue, when Smith took charge of the volatile situation.

Shoring up political allies and police protection, Smith counseled the Lees to stand their ground – which, with Smith and the NAACP’s support, they managed to do for several years.  In another case, Smith and the NAACP helped strategize a political campaign on behalf of a black student denied admission to the nursing program of the University of Minnesota, ostensibly because there were no “colored wards” for her clinical training.  These efforts shamed the Board of Regents into reversing the University’s position.  Other causes during these heady years included lobbing against showings of The Birth of A Nation (a movie that glorified the Ku Klux Klan), contesting discrimination in public places, and identifying and challenging racial disparities in the criminal justice system.

Juergens sees Smith’s career as bridging “the ideal and the real in Minnesota,” between “egalitarian rules” and the “racist practices” they masked – a project, she acknowledged, that is ongoing.  One cannot help but see the parallels between Smith’s battles and the segregation, racial inequality and racial stereotyping that continue to persist today: in the areas of housing, education, employment and criminal justice.

History is made real through the stories of people who touch and inspire, connecting the past to our present and to our future.  Lena Smith is one who reaches across time with the possibilities – and responsibilities – of engaging with family, community, and principle.  These impulses invariably conflict.  They did in spectacular fashion for Smith, when, in a bizarre and tragic turn of events, she defended one brother on murder charges involving another, just a year out of law school (ethical issues, be damned!).  After a hung jury, the surviving brother took a plea to manslaughter.  Reality is messy and right isn’t always clean.  Smith accepted and straddled these contradictions, while playing her part in the bigger struggle to make the world a better place.  As such, her story has an Everywoman quality that speaks to all women navigating the dual demands of society’s opportunities and tradition’s expectations.