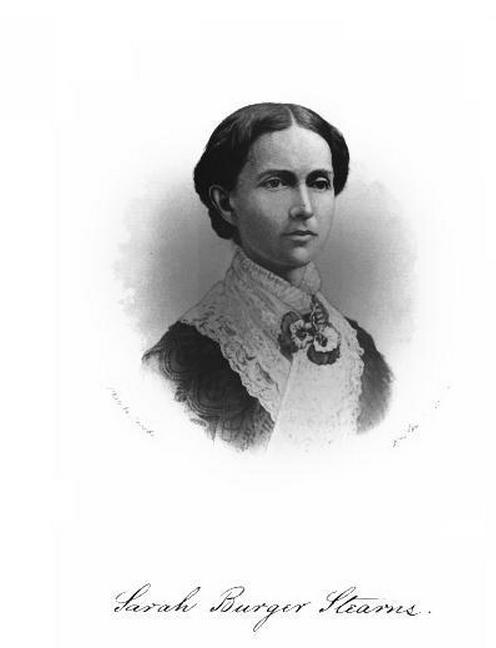 One week from today voters will go to the polls. This year, one of the most contentious electoral contests is for school board in Minneapolis, where debates about education have moved to the center of the public policy arena. Today’s blog post–written by Tamatha Perlman–shows how the city’s school board has frequently been on the cutting edge of innovation. She details the results of a significant experiment in 1875, when women were granted the right to vote in school-related elections. When not writing for Historyapolis, Tamatha is a writer and museum consultant, who is working on a book about murder, madness and unrequited love in 19th century Minneapolis.

On November 2, 1875, women in Minnesota gained the right to vote, though the privilege was limited. Male voters had approved (by a count of 24,340 to 19,468) an amendment to the state Constitution that allowed women 21 years of age and over to vote in elections pertaining to schools.

Minnesota was not the first state to propose such a law, and it seems to have passed without too much objection. The women who submitted the amendment to the legislature did little to “agitate” the question, worrying that rather than promoting the bill, their efforts would rouse the opposition. Their effort to keep opposition down worked almost too well. When Sarah Burger Stearns, future president of the Minnesota Women’s Suffrage Association, wrote to the editor of the Pioneer Press urging him to support the amendment, he thanked her for reminding him that the amendment was to be voted on at all. Picking up on this lack of interest or knowledge of the bill, Stearns applied for the ballots to read “For the amendment to Article 7 of the constitution. Yes.” The push for the verbiage insured “the most ignorant men were led to vote as they should, with the intelligent, in favor of giving women a voice in the education of the children of the State, while all who were really opposed could scratch the “yes,” and substitute a “no.”

Most voting men seemed to agree with the editorialists of the Minneapolis Tribune that “there are certainly more women than men in the community who have the leisure and the inclination to devote themselves to looking after the interest of the public schools.” But even the most enthusiastic advocates of this reform viewed women’s new role as limited. In their minds, women would contribute compassion and benevolent advice rather than financial or administrative oversight. “We would not favor the election of a majority of women to the board,” the Minneapolis Tribune declared in 1876. “Its important business transactions can, as a rule, be better done by men having business experience, but there are other matters which come before it for determination, in regard to which the wise counsel of an intelligent woman would prove invaluable for the guidance of the men. Women have been found far superior to men in the school room, where but a few years since they were regarded as incompetent to preside.”

Not only could women vote but they could also hold office under this new law. The first woman tapped to be a school supervisor in Minneapolis was Charlotte Van Cleve, activist, founder of the Sisterhood of Bethany for fallen women and one of the city’s first residents. Van Cleve was nominated to represent the East Division (St. Anthony to those who were around before the city’s 1872 merger with Minneapolis). Charlotte was well qualified for the job. An advocate for education not only of children but for women as well, Charlotte and her husband, General Horatio Phillips Van Cleve had run a prep school in Michigan for young adults and began a school in Daveiss Prairie, Missouri during their short time there as well. “This is a case in which the colonization of votes would almost be justified if her election could be assured thereby,” crowed the newspaper.

Braving a wet spring snow, Charlotte arrived alone as the polls opened on April 5, 1876. One can only assume she placed her votes for herself and co-runner Charlotte Winchell. Throughout the course of the day, women arrived “in groups, from four to six in number, the men stepping aside until their ballots were placed in the special deposit provided for them.” Over 5,000 people lived on the east side of the river in the 1870s, and 270 of its eligible women exercised their new rights. Perhaps more women would have shown up, the reporter mused, if the weather had been a bit more cooperative. Over 1,000 women voted throughout Minneapolis on educational matters in all.

The women who voted that day left “their brothers somewhat astounded that ‘woman’s suffrage’ could be so courteously and effectively demonstrated.”