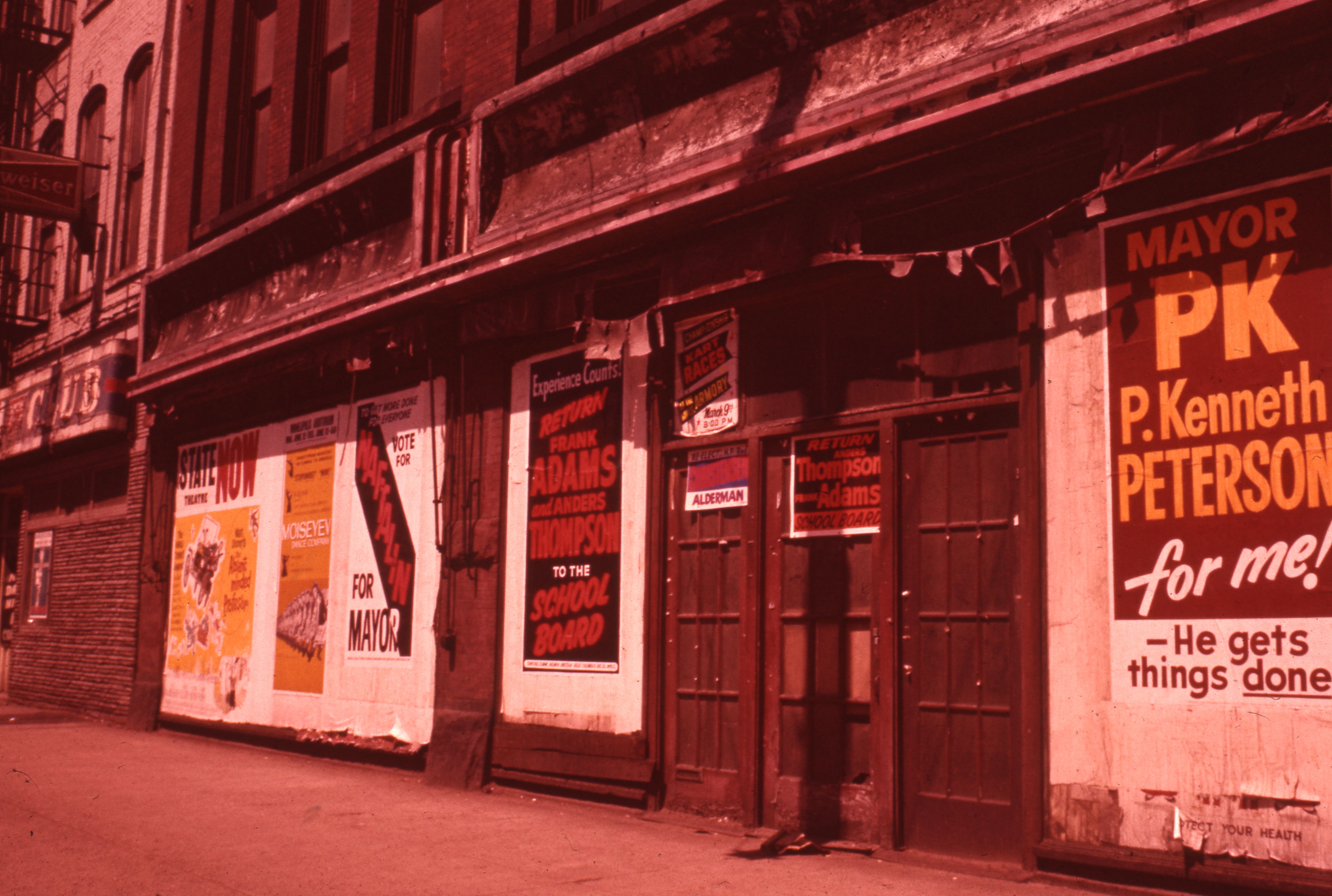 Long after the final votes are counted, the political signs remain. The Gateway District in the heart of the historic city was a favorite place for campaign posters before it was finally demolished in 1963. This photo shows the remainders of the 1961 city election, which saw Arthur Naftalin, longtime aide to legendary politician Hubert Humphrey, unseat Kenneth “P.K.” Peterson from the mayor’s office. Naftalin was the first (and only) Jewish mayor in the history of the city. He would guide the community through the tumultuous years of the 1960s, when racial tensions were high.

This image is part of a treasure trove of color slides from the city’s forgotten Skid Row that team Historyapolis recently discovered at the Hennepin History Museum. Thanks to museum staff for giving us generous access to these unique sources. The  concerted efforts of citizen researcher Rita Yeada and Historyapolis intern Heidi Heller–who worked together to digitize and organize the images– makes it possible for us to enjoy these images online.