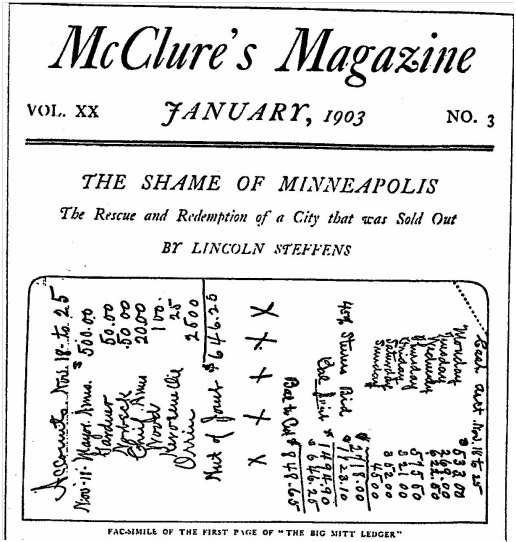 For an unvarnished view of municipal politics, make time this Sunday to head over to the Hennepin History Museum, where local author Erik Rivenes will be presenting from his new book, The Big Mitt. 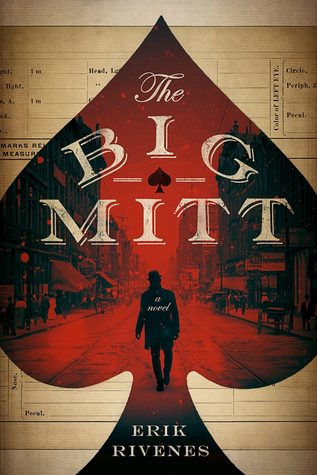 Rivenes’ fictional account centers on character Detective Harm Queen, modeled after Minneapolis police detective Norm King, a professional gambler who assumed control of the Minneapolis police department at the beginning of the twentieth century. King was tapped for this position by mayor Doc Ames and his brother Fred, who decided to make the police department an extension of the city’s criminal world. King and his officers were instructed to monitor illegal operations in the city. Their goal was not to curtail these activities. Rather, they ensured  that Ames and his cronies received a hefty portion of the profits from gambling dens, saloons, blind pigs, brothels and sundry swindles.

Under King’s direction, “some two hundred slot machines were installed in various parts of the town,” according to muckracking journalist Lincoln Steffens, who described the workings of the Ames administration for McClure’s Magazine as part of his Shame of the Cities series. “Auction frauds were instituted. Opium joints and unlicensed saloons, called ‘blind pigs,’ were protected.” King invited thieves, confidence men, pickpockets and gamblers to relocate to Minneapolis, according to Steffens. These criminals “were to be organized into groups, according to their profession, and detectives were assigned to assist and direct them.”

Rivenes has used this episode of the city’s history as the basis for The Big Mitt, which takes its title from the poker games organized by the Minneapolis police to swindle gullible card players. Losers or “suckers” who complained were thrown into jail or driven out of town by police.

In addition to reading from his novel, Rivenes will talk about the Ames administration, which he researched in the collections of the Hennepin History Museum.