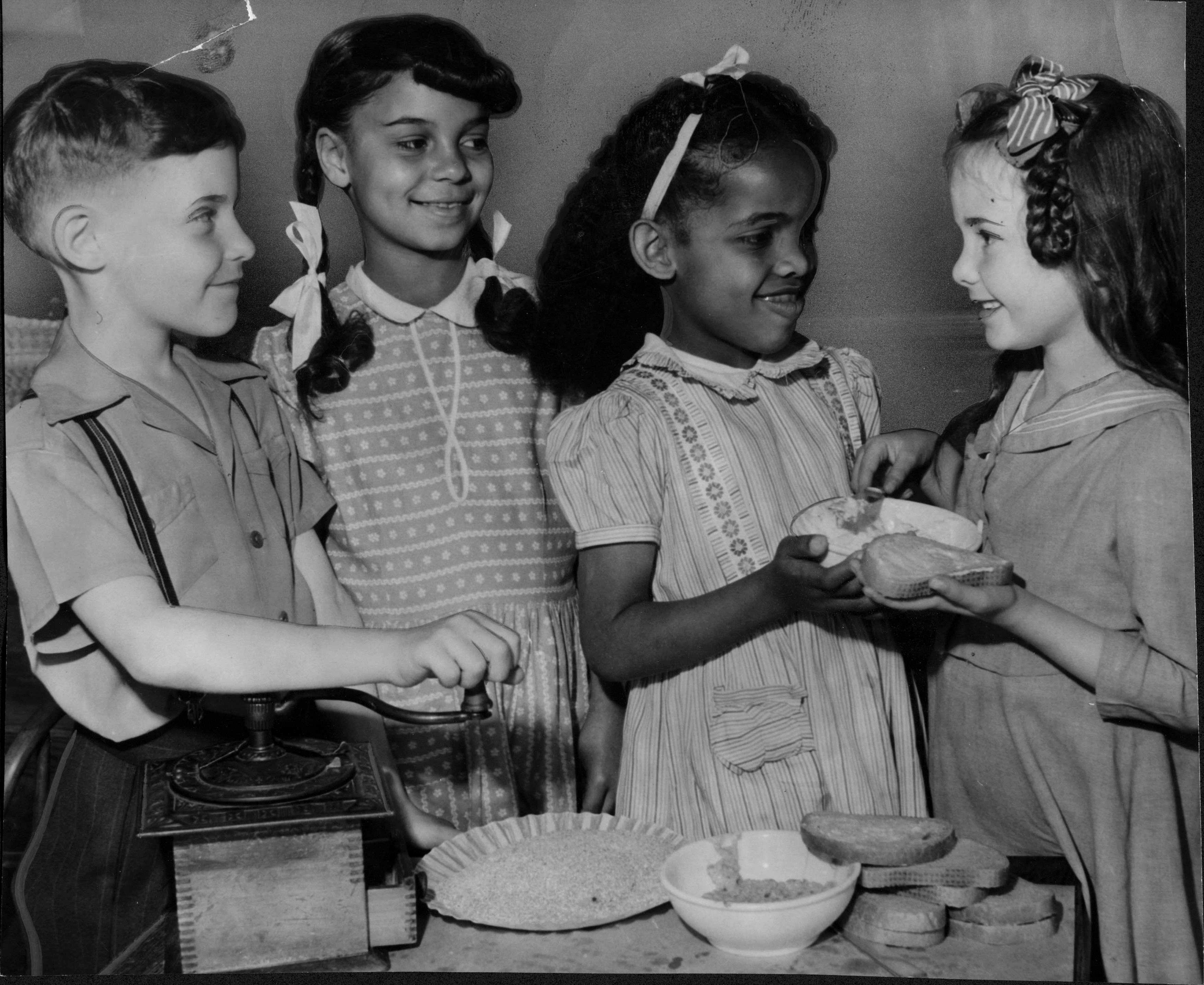 In May, 1946, first graders at William Penn school hosted a party. The students at the elementary school–located at 36th and Penn Avenue North– served bread they had baked themselves, which they spread with butter and peanut butter for their guests. The hosts–who were white–were welcoming children into their classroom from the nearby Phyllis Wheatley settlement house, who were all African American. Besides showcasing the modest culinary talents of the children, this gathering had a higher social purpose. It was part of a broad city-wide effort to improve race relations in the community.

A small news brief accompanied this charming photo from the Minneapolis Times. The newspaper reported that this event–which was newsworthy enough to merit coverage from the media–was part of the “human relations training” given the children, who were coming of age in a city determined to shake its reputation for racial intolerance. Under the leadership of Hubert Humphrey, the Mayor’s Committee on Human Relations sought to reorder “the pattern of social relationships” in Minneapolis, starting in 1946. With the direction of sociologists from Fisk University–including Dr. Charles S. Johnson–the Committee launched a massive “self-survey” of racial attitudes in the city. Hundreds of volunteer data collectors documented discriminatory practices in the city’s commercial, educational, industrial and religious institutions. At the same time, they established training sessions designed to help Minneapolitans overcome their racial prejudice.

Before Historyapolis researcher Rita Yeada found this image in the uncatalogued newspaper photos in the Minneapolis Collection, I hadn’t realized that human relations training was offered to children as early as 1946. These children—residents of the racially diverse Northside of the city–probably needed less instruction in interracial friendship than the adults who organized the event.

Only a few months after this photo was published, Minneapolis was named the “capital of anti-Semitism in America” by liberal journalist Carey McWilliams. But by 1948–when Humphrey called on the Democratic party to “walk in the bright sunshine of human rights”–Minneapolis would have begun to build a new reputation as a center for civil rights.