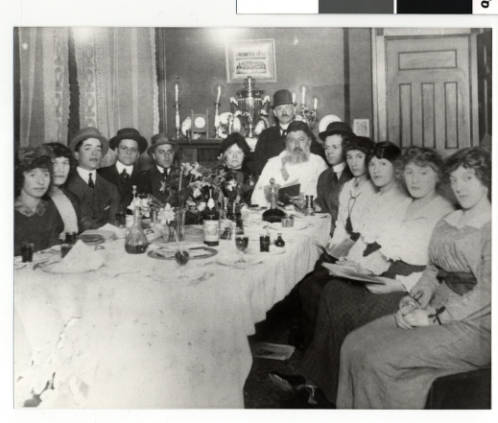 Happy Passover! This Jewish holiday is traditionally celebrated with a seder. During this ceremonial meal, participants recount the story of how Jews were delivered from slavery thousands of years ago. This 1915 photo shows a seder in the Minneapolis home of Rabbi Silber, who led Congregation Kenesseth Israel during its early years. Silber is at the head of the table and his sons and daughters are seated on the right.

Photo is from the Upper Midwest Jewish Historical Archives through the Minnesota Digital Library.