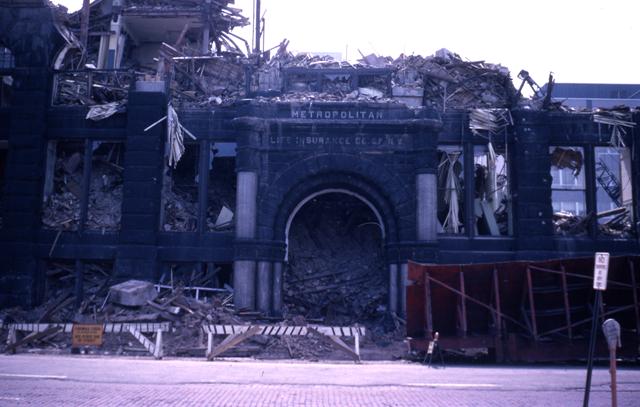 Yesterday I wrote the history of the Nicollet Hotel site and how city planners have tried different strategies over the years to bring the “right” mix of people to this section of downtown. This history is relevant in light of news that city planners have endorsed a proposal to develop a new complex they are calling “The Gateway.” This name hearkens back to the early twentieth century when an earlier generation of planners developed Gateway Park (in 1913) and the Nicollet Hotel (in 1924) as part of an effort to fashion a suitable entrance to the city that would communicate its role as “the gateway to a promised land offering wonderful opportunities to men of foresight and energy,” in the words of boosters of the time.

By the onset of the Great Depression, these redevelopment efforts were acknowledged to have fallen short of their lofty goals. By the end of World War II, city leaders were determined to take another approach. They laid out plans to flatten most of downtown, in the hopes that a modern city would grown on the site of these ruins. In the ambitious plan unveiled in the 1950s, the Nicollet Hotel was spared the wrecking ball. Slated for demolition was the legendary Metropolitan building, shown at the top. The destruction of the city’s first skyscraper helped to spark the historic preservation movement in Minneapolis.

According to the sensibilities of the time, the hotel’s Waikiki Room was a viable commercial space. 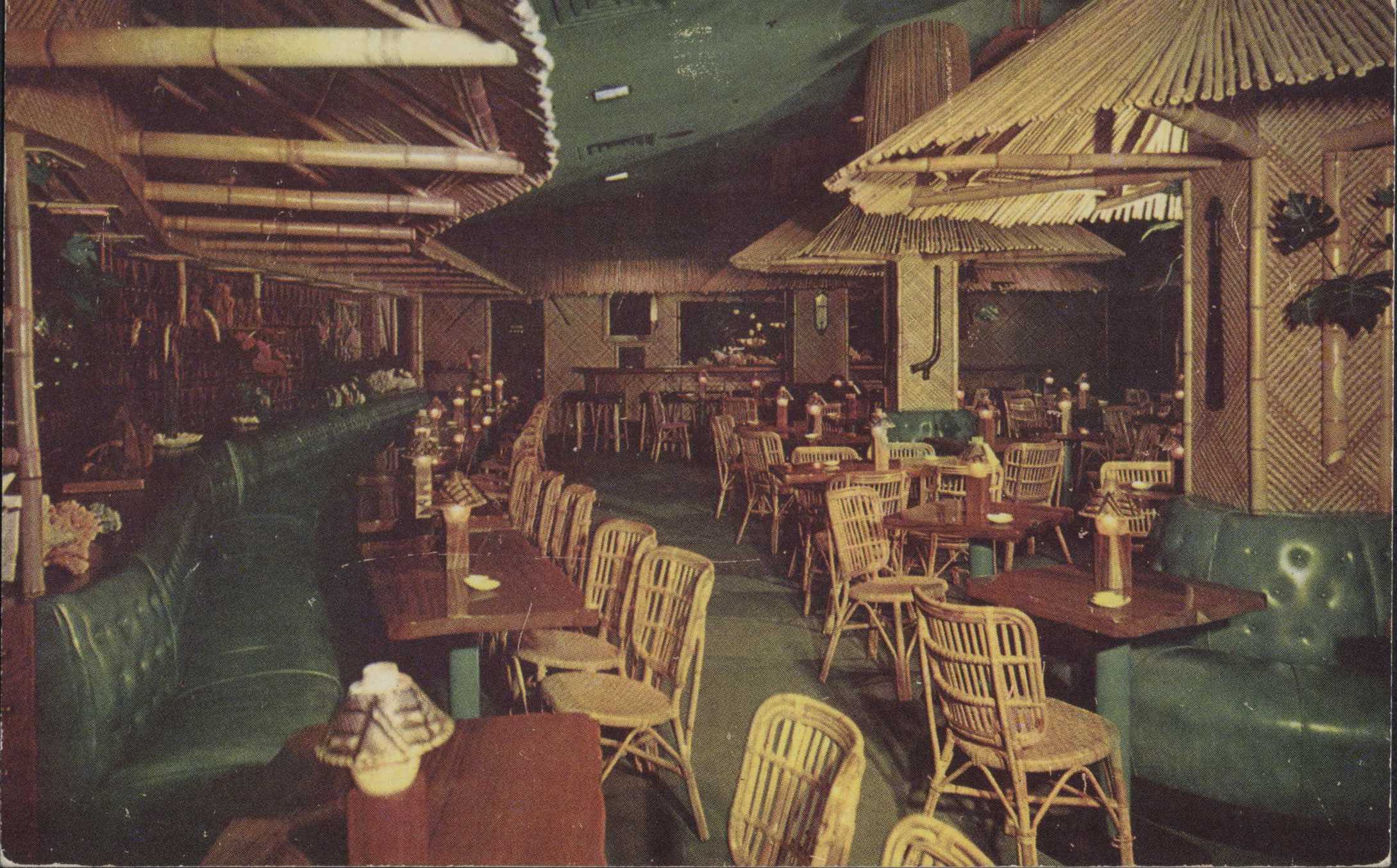 But the glass atrium of the city’s first skyscraper was outmoded and impractical. Planners could not envision a way it could be salvaged for the enjoyment of future generations. 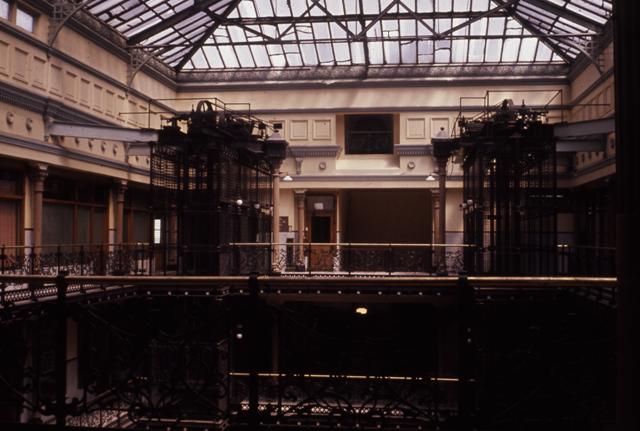 The glass atrium of the Metropolitan Building, c. 1960s. Image from the Hennepin History Museum.

The Nicollet Hotel survived the massive redevelopment of Gateway Center. But in this new era of downtown, it was marooned in a sea of surface parking lots and concrete, as this photo shows. 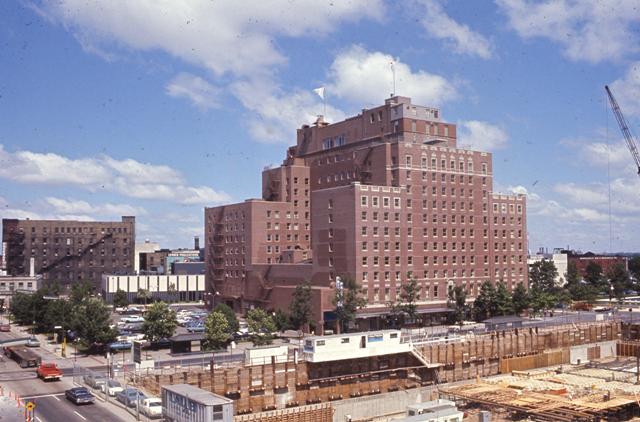 I hope that this history will help us to question our planning and development sensibilities today. What will do with this current round of development that will boggle the minds of future generations?

Images of the Metropolitan Building and the Nicollet Hotel are from the Hennepin History Museum. The Waikiki Room is a 1954 postcard from the Special Collections Department of the Hennepin County Libraries. My thanks to citizen researcher Rita Yeada for digitzing all of these images.