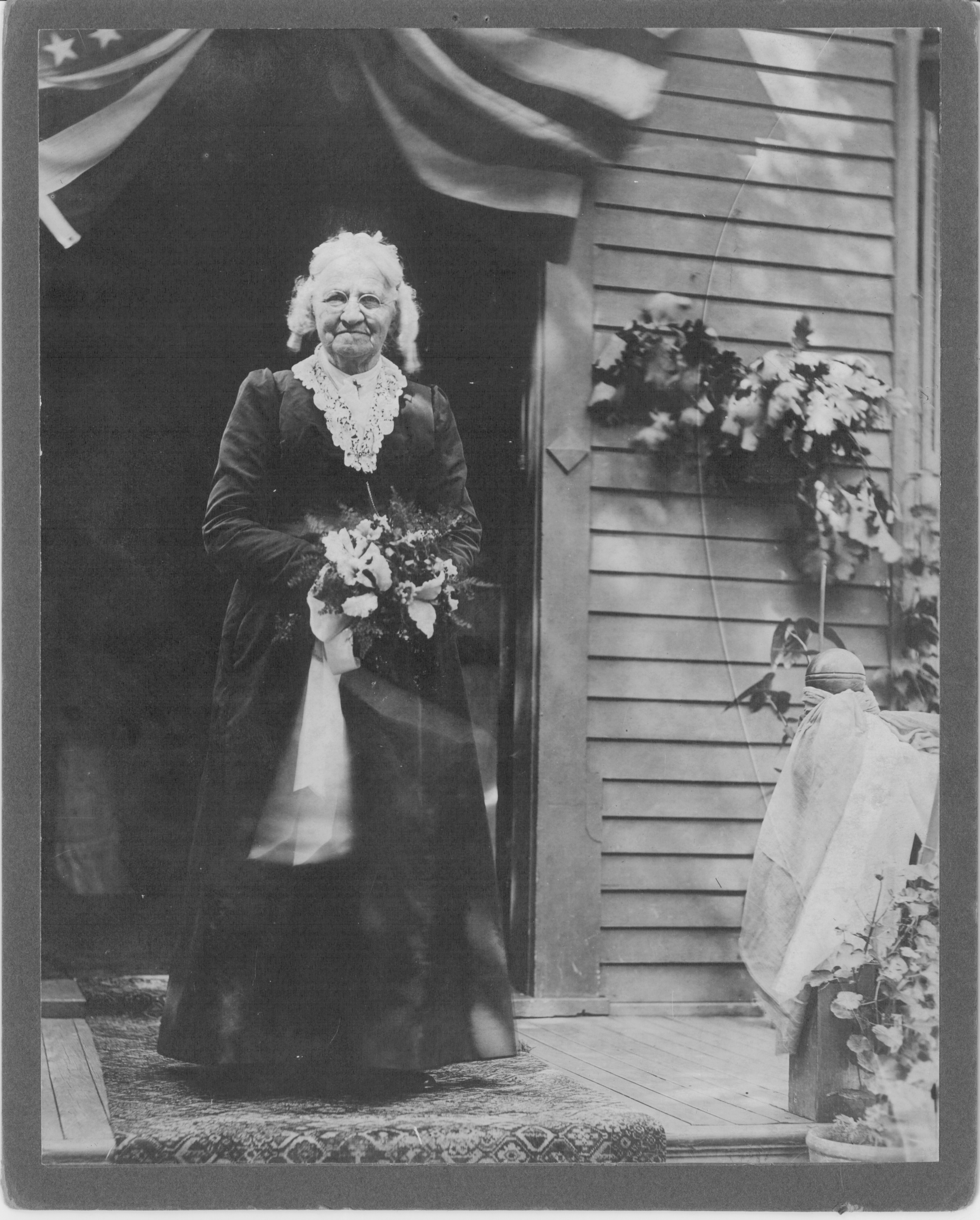 Today’s guest blogger is Tamatha Perlman, a writer and museum professional, who is working on a book about murder, madness and unrequited love in 19th century Minneapolis. In this post she describes one of the city’s most colorful founding mothers, the indomitable Charlotte Van Cleve, who established the Sisterhood of Bethany in 1874 and helped to challenge social prejudices against women who had worked as prostitutes in the city’s burgeoning commercial sex industry. Tamantha writes:

The man behind the bar let out a string of profanities. Charlotte Ouisconsin Van Cleve took the lily-shaped horn she used to amplify conversation out of her ear and rested it on the counter, hands folded over the curved neck.

She was the daughter of Charlotte and Lieutenant Nathan Clark, who had travelled from Connecticut to “a bend in the St. Peter River” in 1819 to found what became Fort Snelling. When Charlotte was born along the way at Prairie du Chien, her father’s compatriots insisted that the new baby–the first “American” born in an area still controlled by Native Americans–should be called “Ouisconsin,” to commemorate her Wisconsin territory birthplace.

Blessed with native intelligence, her childhood as a military daughter at a frontier outpost shaped her into a woman of both persistence and compassion. She brought these considerable gifts to bear on the early social structures of Minneapolis, nurturing institutions that would change life for women and children in the growing city.

When the saloonkeeper finished his barrage, Charlotte smiled serenely. “Yes, yes. I agree with everything you say,” she said. “And now I’ll take your donation, please.”

The man reached into the till and handed Charlotte his donation for the Sisterhood of Bethany.

The Sisterhood of Bethany was established in 1874 to create a refuge for “fallen women” by Charlotte and a trio of female compatriots. Harriet Walker (wife of lumber magnate T.B. Walker) represented the Methodists in this effort; Euphoria Outlook brought her Adventist beliefs to this moral reform work; and Abby Mendenhall put her Quaker principles into action through the Sisterhood, which sought to help women who had worked as prostitutes in the city’s burgeoning commercial sex industry.

Charlotte always asserted that if you’re “fallen” you can always get back up. The Sisterhood extended a helping hand for women seeking to climb back into respectable society. They defied those who believed that sex workers bore a moral stain that could never fade. And they asserted that prostitutes should not bear the sole blame for their situation. “Where are the men who make these girls what they are?” Charlotte demanded. “Go find them in our business marts, drawing rooms, and churches…Men are getting rich on the toil and tears of famishing women and children.”

The Sisterhood made an arrangement with the city to rehabilitate women arrested for prostitution. In 1875, Charlotte rented a small house at 316 Sixth Street SE and accepted her first two “inmates.” A few days later, two more women arrived. They were met with a message of moral reform that was undoubtedly tiresome. Of the original four women, two took their complimentary bibles to the pawn shop and themselves out on the town. 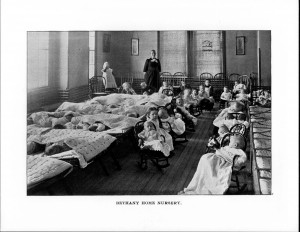 Charlotte was undeterred. Bethany Home grew and in expanded to accommodate the inevitable children who arrived as well. As president of Bethany Home, Charlotte replied to letters from desperate women, reunited repentant daughters with agonized fathers, nursed countless babies and spoke throughout the region on behalf of “her girls.” In addition, she was the first female elected to the Minneapolis Board of Education in 1876 after a law was passed to allow women to run for offices “relating to the education of children.”

By the time Charlotte died in 1907, she had raised 22 children–her own biological children and those she adopted. By 1914, the Sisterhood claimed that it had helped 7,500 women and children leave the sex trade.

This photo shows Charlotte on her 80th birthday. It is from the Minneapolis Photo collection at the Hennepin County Central Library.

One thought on ““Where are the men who make these girls what they are?””